Florida boast about 289 days of sunshine per year. 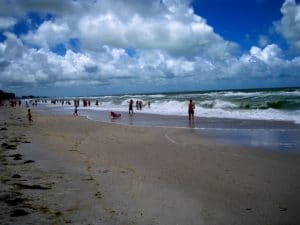 The state of Florida is called the Sunshine State, and for good reason. Florida boast about 280 days of sunshine per year. Many Midwestern and east coast tourist enjoy a vacation during this time of the year to the Anna Maria Island area to escape the seasonal depression that accompanies the long, wet and cold winters up north.

Added to the sunshine is above normal temperatures. The winter’s average temperature for February, 2018 was 65.2 degrees, compared to the normal of 62.7. The warmest winter on record was in 1931, when the 69.1 degrees. During the day light hours temperatures are ranging form the mid 70’s to the low 80’s. The coastal water temperatures surrounding Anna Maria Island are in the mi 70’s

February was the 12th driest February on record with .44 inches of rain. Normal rainfall for this time of the year is 2.7 inches. I think it is safe to say it is not going to rain on your vacation parade.